For every card sold. Learn more 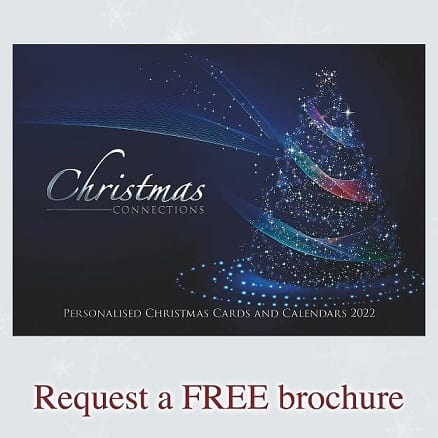 Remember, we don't charge for personalisation so you can add your business name for free!

Robin on a Plant Pot

Sheep in the Lane

The Robin & The Hare

What better way to say "Merry Christmas" than by sending a card decorated with animals and birds? Animals are adored all over the world, and send the perfect message of love and warmth at Christmas time. Nobody can look at a picture of a festive creature and not smile!

Why choose Christmas Connections for Animal and Birds Christmas Cards?

Here at Christmas Connections we stock a fabulous variety of Christmas cards featuring animals and birds, in a range of different art styles. So, whether you want to send a snowy scene featuring holly and robins, or a message of peace on earth with a dove, we've got the card for you. With over 25 designs to choose from, animal lovers and nature enthusiasts alike will love our range of critter-themed Christmas cards.

Christmas Connections have been printing and sending Christmas cards for over 100 years. We stock the very best card designs, year after year, from local and globally recognised artists. All of our cards are printed to the highest quality, and sent to you complete with easy-seal envelopes. Prices for our Animals and Birds Christmas Cards start at just 89 pence each, and can be ordered in quantities of 50 to 1000. We're the perfect choice, whether you're ordering for friends and family or for your company. All of our Christmas cards can be personalised for free, with your own customised greeting, and your name or company name. As a bonus, we also make a donation to charity for every card sold! You can choose which charity you would like to support, and we offer the option of displaying your chosen charity's logo inside the cards.

The History of Animals on Christmas Cards

Many of the first early British Christmas cards of the Victorian era featured drawings of animals in some form. These animals were usually dressed up in clothes and doing something humorous. For example, one of the earliest Christmas cards sent in 1880 featured a group of frogs playing musical instruments!

Strangely, another Victorian trend involved drawings of dead birds on Christmas cards. This is because the killing of robins and wrens at Christmas time was considered good luck. Perhaps it's a good thing that this Christmas card trend died out!

But since then, animals and birds have remained a popular feature on Christmas cards all over the world. Whether they're funny cartoon animals, beautiful drawings or photographs, everyone smiles at receiving a Christmas card with an animal on it.

What Animals are Associated with Christmas?

Many of our animals and birds Christmas cards feature popular festive creatures such as robins, reindeer and doves. But why are certain animals associated with Christmas? Let's take a brief look at the history of our favourite Christmas creatures.

Reindeer (and deer in general) often feature on Christmas cards thanks to the legend of Father Christmas. Poetry and stories as early as the 1800's depict Santa riding on a sleigh pulled by flying reindeer. Rudolph is, of course, the most well-known!

Robins have been associated with Christmas time for hundreds of years. This is probably because they're most numerous and active in the UK during the winter. Postmen during the Victorian era also wore bright red uniforms, earning them the nickname 'robins' or 'red breasts'. So robins on Christmas cards were often drawn sitting on post boxes or carrying letters.

The dove has been seen as a symbol of peace since biblical times. And as many consider Christmas as the season of peace on earth, it's no surprise that doves often feature on Christmas cards. They send the perfect message of goodwill to all.

Animals such as donkeys, sheep, cows, goats and horses often make an appearance on Christmas cards that feature nativity scenes. Two specific farm animals, the ox and the ass, are mentioned in many religious texts and have become associated with Christmas because of this.

Polar bears and penguins are certainly not traditional Christmas animals. However, they've become popular on Christmas cards in recent years, due to their native snowy habitats of the Arctic and Antarctic respectively. We all dream of a white Christmas!

Cats and dogs are a common sight on Christmas cards. There's no deep historical or traditional meaning behind this. They make an appearance purely because they're well-loved pets - and there's nothing cuter than seeing a kitten in a Christmas hat.

Christmas Card FAQs: Can I Order a Free Sample?

Can't decide which Animals and Birds Christmas card design you like the best, and want to see your top choices in person before ordering? Or maybe you've chosen a card, but you're not sure how it will look up close? Don't worry! You can order a free sample of any of our animals and birds Christmas cards easily, and you won't pay any postage. Simply choose the card you like, and click "Request a Sample". That way, you can be 100% sure you like the card before placing your order. If you'd like to see our Christmas card and calendar designs in-person, you can also request a brochure.

Follow Christmas Connections on social media for the latest updates and offers!