Stories and the film depictions of Santa Claus would have you believe he spends most of the year locked away in his workshop in the North Pole, making toys for all the children.

However, here at Christmas Connections, we thought Santa it would be interesting to imagine how Santa would spend the rest of his year if he wasn’t busy making toys. Here’s how we think he’d be spending October and celebrating Halloween! 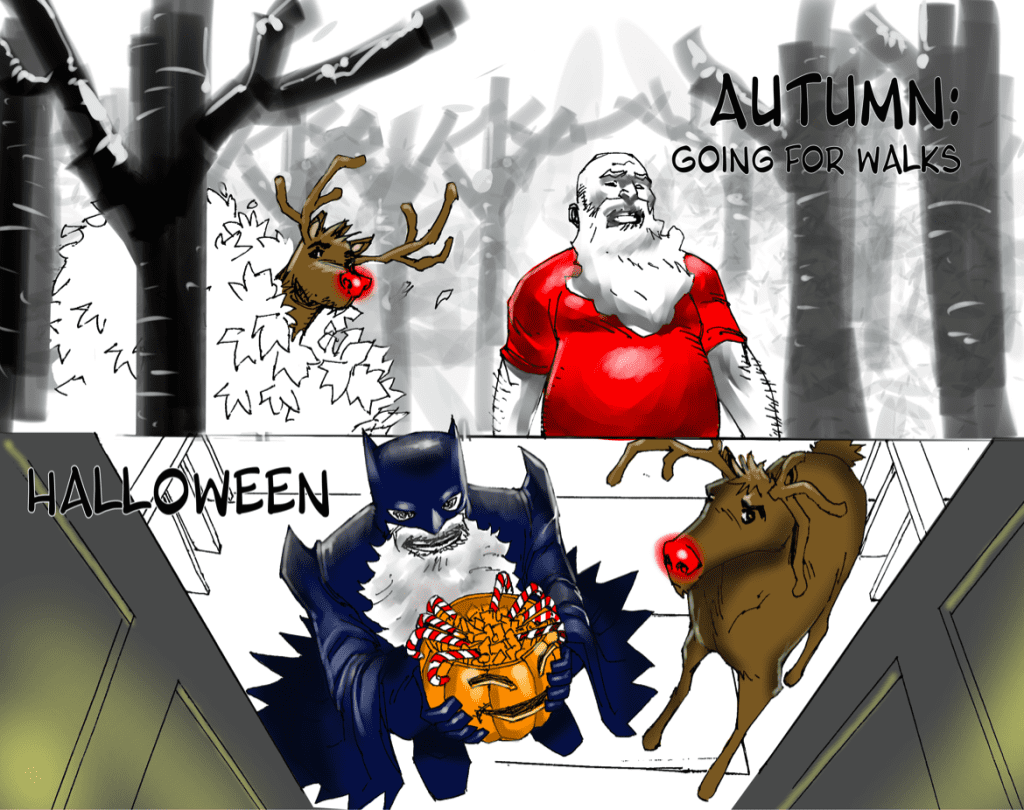 So used to snow and wintery weather, we think Santa would enjoy seeing the season change into Autumn. He may even partake in some trick-or-treating for Halloween, with Batman being his costume of choice!

How would you imagine Santa spending the rest of his year? Leave a comment below or tweet us @xmasconnections with your suggestions!

Look out for our next blog post where we’ve drawn up Santa’s January detox!